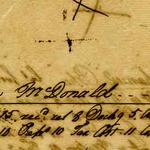 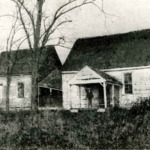 Born on October 28, 1743, at Bear Castle, the family home near Elk Creek, Carr graduated from William and Mary, became a lawyer, and represented Louisa in the House of Burgesses.

Although little is known of his early life, he was educated at the Rev. James Maury's School. At this school, he became fast friends with fellow students Thomas Jefferson, James Madison, John Taylor and others. He was married on July 20, 1765, to nineteen-year-old Martha JEfferson, Thomas' sister. We do know that Carr, then twenty-two years old, was practicing law in Louisa courts and living at Spring Forest in Goochland County.

Car was a major force behind the Committee of Correspondence. This committee was the key to uniting the colonies against British rule.

Carr died suddenly of a fever at age thirty, on May 16, 1773, and was the first person buried at Monticello. His burial there fulfilled a promise the two boys had made to each other, long befor eMonticello was built. At Carr's funeral, Thomas Jefferson mourned his friend's death as a tragic loss to his country.