The first tavern to arrive in the Contrary Creek area was Toler's Tavern, during hte colonial era. The town became known as Tolersville because of this establishment. After the arrival of the mines, other taverns followed Toler's Tavern, seeing profit in catering to the miners. There were countless taverns in the Mineral area as a result of the mines. Some taverns, such as Walton Tavern, were in coordination with the mines. The saloons became an important aspect of the town. Years later, it was renamed Mineral because of the presence of mining.

Many felt that the taverns were a contributing factor to the crime nad negative social influences in Mineral. Two high profile shootings occured around the taverns that drew attention to the problems associated with the mines. A local man, William Trice, was shot by another native, Oliver Hamilton, in front of the Hogg's place tavern, within close proximity to the mines. This shooting was followed by the murder of Hollis Estes, by William Graves, clerk of the Arminius Mines store. These incidents caused many to feel that action needed to be taken to prevent distrubances caused by the immoral behavior of miners.

Albon P. Mann, General Manager of the Arminius Mines, recognized the changing social environment around the mines, stating on March 28, 1900, "Several months ago a party of roughs residing in the neighbourhood, several of whom had formerly been in our employ but had been discharged for riotous conduct, made us a great deal of trouble... these disturbances have been more than ordinarily frequent." 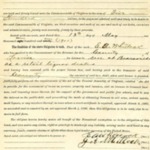 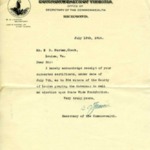 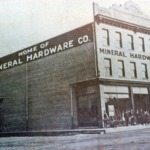